Croc season has started for XTC! Every year from June to September, we travel with small groups to Banco Chinchorro for an epic 3-day adventure of diving the atoll reefs and snorkeling with American Crocodiles in the sea grass beds. These giant reptiles are often seen as aggressive monsters, but we know they can really be breathtaking to observe. In honour of these trips, here are some cool facts about the American Crocs.

CONSERVATION STATUS: According to the IUCN (International Union for Conservation of Nature), they are listed as Vulnerable. Illegal hunting is largely responsible for their population decline.

HABITAT & RANGE: Can be found in Southern Florida, but most range from Southern Mexico throughout the Caribbean to Northern South America. They prefer mangrove lagoons, coastal areas and river mouths. Most often in brackish water, but can travel up rivers into fresh water.

DIET: Feed mainly on small prey such as birds, fish, invertebrates and small mammals. In Southern Quintana Roo, there is an effort to teach American Crocodiles that lion fish can be a prey source, in order to help control the invasive fish population.

BREEDING: Mating season starts in late January and February. Males perform a courting ritual of repeated head slaps on the water, which can last for days. Mating occurs underwater, and females built soil nests on land. Nesting occurs in April and May, with eggs hatching around 3 months later. The female carries her young to the water in her mouth. 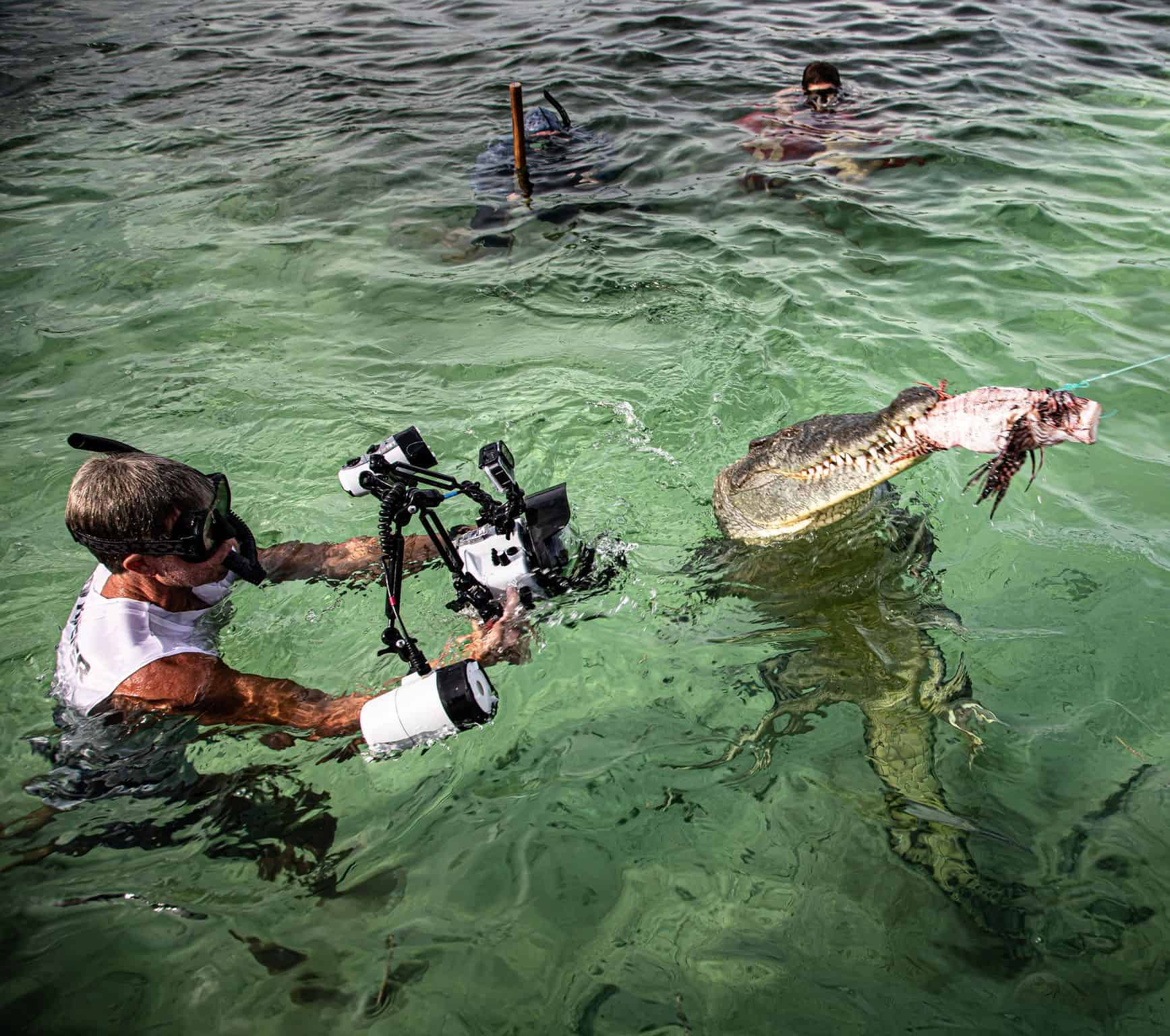