My name is Frank G., I recently visited XTC Dive Center’s premises, and I was amazed by the staff and their friendliness.

I have heard that the snorkeling trip is not too popular, nevertheless after talking with Manon, a young instructor that works for XTC, she described to me that she had been able to snorkel close to an extraordinary Manatee, therefore I knew I had to try it because I am usually really lucky whenever I go to the ocean, therefore I challenged myself to have an incredible experience.

Luckily I had one of the best snorkeling experiences that I had ever had. We started with a 20-minute boat ride towards the Manatee Reserve zone. On the way, the guide told us about the history of Xcalak, which gave an additional educational and emotional value to the excursion the guide explained to us how the town was destroyed in 1955 by a powerful Hurricane, how they used to live before the hurricane, and that there use to plan for the city to become the capital of the state since it was highly productive.

Shortly before arriving at the manatee reserve, we had an incredible display of different types of benthic and pelagic rays swimming in the shallow channel. I was so lucky that we were able to find a couple of Crocodiles, and, even though they were quite shy, we were about 3 meters away from the young American Crocodiles. Once we arrived at the small lagoon, we went for a quick dip into the lagoon to snorkel briefly in 2 cenotes, we were able to see some inverted jellyfish, which were colorful, some were purple and others were orange. This area is very shallow, and people should not stand in order not to disturb the bottom, or hurt these invertebrates or themselves. 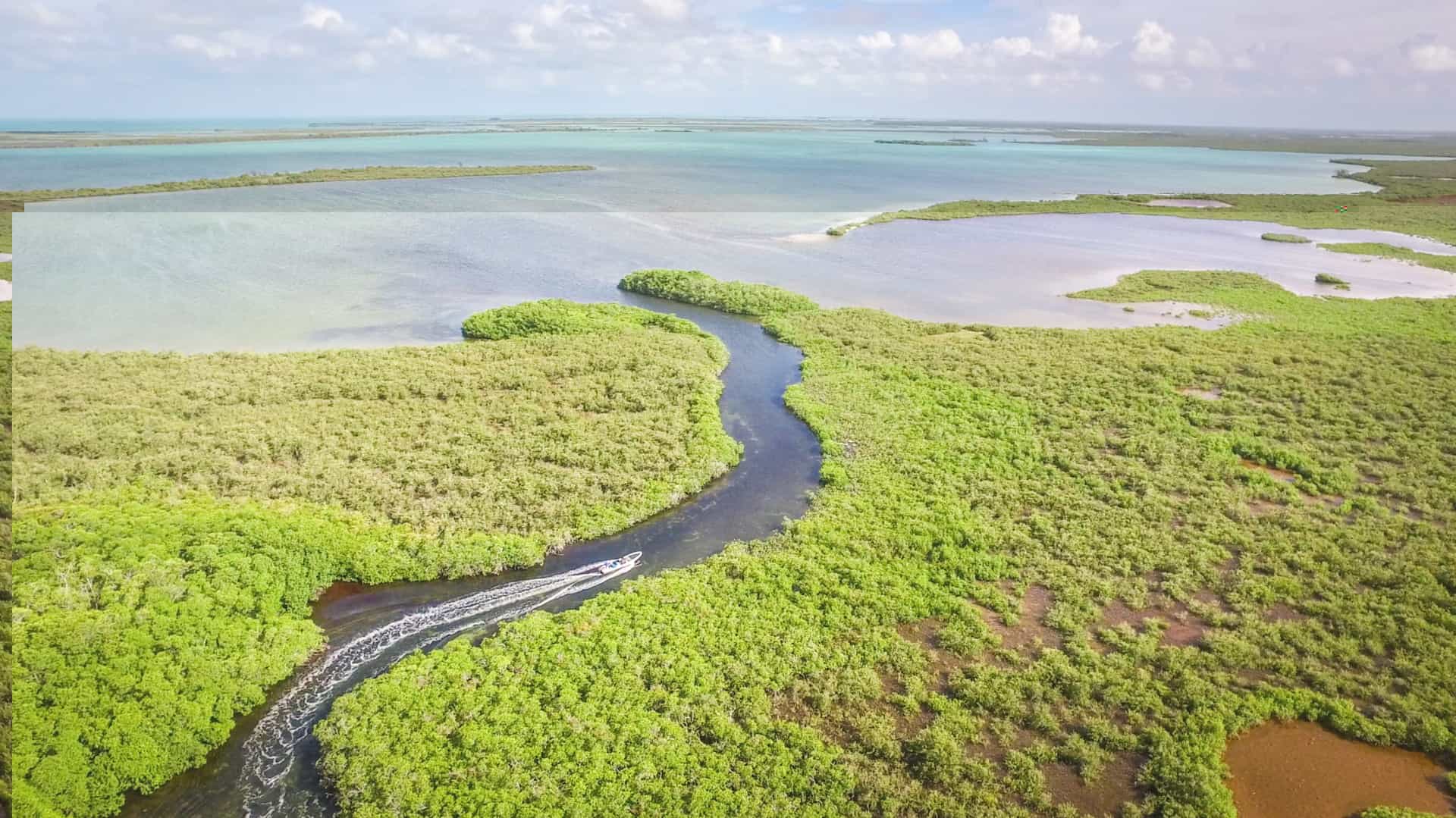 Just after performing a few free dives on each cenote, we went back to the boat and started some sort of incredible Mangrove Tour, where we were able to see some Termite nest, that looked just like a black rock hanging from the trees, we saw a huge barracuda, just to arrive in a section that was so narrow that we were able to touch the mangroves if we spread our arms. The most interesting part was that this section of the mangroves is also the border with Guatemala, therefore you could even touch both countries at the same time, everyone participating in this excursion made silly jokes about this fact during our ride.

Later on, after realizing that there were no Manatees in their reserve, which meant that they were having breakfast or chilling in the nearby reefs, our Capitan Andrés quickly found a few Manatees breathing from the surface, the guide provided us with proper instructions on how to better handle the manatees and we went straight towards the water to have an incredible snorkeling time with a few Manatees.

One of the most incredible parts was that we saw a young Manatee who escaped to reunite with its mother. Later on, we found them in a very curious behavior that Manatees have that makes it feel (from a human perspective) that they were doing some Eskimo-kisses. Just rubbing their noses together to hopefully demonstrate affection. That was so heartwarming and unforgettable that I would like to invite you all to try your luck and see how lucky you were during the 3 or 5-hour snorkeling excursion.

This Picture was taken by Adam Rykys using Drones.